In 1911, under the direction of Blackton, the animator Winsor McKay created the film Little Nemo based on a newspaper comic strip. But as an art, animation took hold after McKay’s Gertie the Dinosaur (1914). Gertie danced on the screen, uprooted trees, held a ball on her nose.
The main obstacle to the commercial success of animation was the high labor intensity of the filmmaking process. Several technical inventions have been applied to reduce costs. In 1913 E. Heard and J. R. Bray developed the principles of drawing on celluloid film, in 1914 R. Barr improved the system for precise positioning of drawings in front of the camera using hooks (pins). In 1917, Fleischer developed a “rotoscope” that allowed live actors to be used in animation. 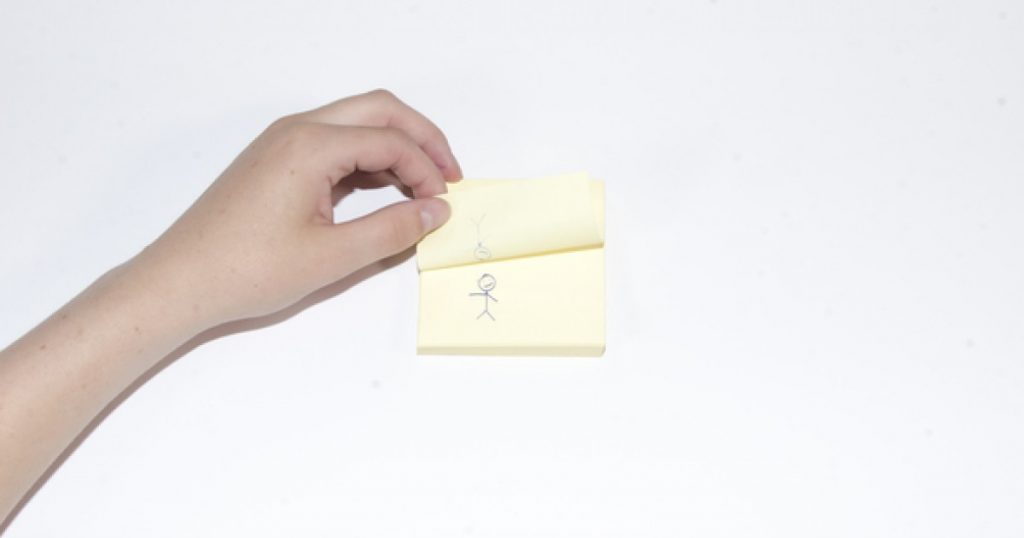 Felix the Cat
American John Randolph Bray in the film “The Artist’s Dream” for the first time applied a simplified animation technology: clichés with changing, moving elements were superimposed on a static, unchanging drawing. This was the first step towards the mechanization of animation work. In 1914, Bray began the series “Colonel Vral” (“Colonel Heeza Liar”), in which for the first time a permanent character appeared with certain external features and character traits. Subsequently, John R. Bray patented all types of animation techniques known by that time, signed a contract with Paramount and Goldin, and created a studio system for the production of animated films. Since 1915, the Bray-Hard Process Company has produced famous series: Crazy Kit, Jerry on the Job (Crazy Cat, Jerry on the Job>>); they all had the same source—drawn stories printed in the press.
At the same time, series with regular characters were launched: “Felix the Cat” (“Felix the Cat”, Otto Mesmer) and “Coco the Clown” (“Coco the Clown”), which in 1921 turned into a series “From the inkwell” (“Out of the Inkwell”, Max and Dave Fleischer). This last series invariably began with an episode of “the living hand of the artist”, which was extracted from the inkwell of Koko, which received unprecedented popularity. Drawn episodes here alternated with play ones. Austrian by origin, the Fleischer brothers were brilliant caricaturists. They worked for Paramount Studios, where they created two very popular characters, popeye the sailor and Betty Boop, a vamp. On December 6, 1915, the brothers patented a rotoscope device that allowed animators to phase out the movements of real people from a shown film; it was a quest for more animated believability. The brothers also made educational films (for example, a four-part film with animated episodes about Einstein’s theory of probability, 1921). For a long time they competed with Walt Disney, although their films have always been addressed to an older audience than the one that Disney was addressing. In 1941-1943, the Fleischers brought to the screen the adventures of Superman from the comic book by Siegel Schuster.

The first animation studios were created by Barr and Bray in 1915. Cartoon characters were borrowed from newspaper comics or invented at the studios. The most popular silent cartoon character was the cat Felix, created in 1917 by P. Sullivan, and improved by O. Mesmer in the 1920s.
Early animation was silent. To convey the dialogue, either “balloons” were used, as in comics, or credits, as in the movies. A young animator from Los Angeles, W. Disney, produced the first cartoon with synchronous sound, Steamboat Willie (1928). It was also the first cartoon about Mickey Mouse. Disney also produced the first cartoon filmed entirely in color, Snow White and the Seven Dwarfs (1937). However, in terms of scope, technical perfection, scale, Pinocchio (1939) is considered the pinnacle of Disney creativity.
In the 1930s, all studios except Fleischer’s studio imitated Disney. Fleischer’s Betty Boop and Popeye were based on human characters. In the 1940s, Disney began to lose its leading position. Warner Bros. has achieved significant success by releasing cartoons featuring Bugs Bunny, Duffy the Duck, and Porky the Pig. Joe Barbera and Bill Hanna of Metro-Goldwyn-Mayer (MGM) competed with Disney by releasing a series of Tom and Jerry films. In the 1950s, the resurgent United Productions of America (UPA) produced a number of films featuring exotic characters such as the nearsighted Mister Magoo and the creepy Gerald McBoyng-Boeing.
In the 1950s, the cinema was replaced by television. Economic factors have led to lower quality standards. The industry experienced its greatest decline in the 1960s, when many studios were closed. At the same time, independent producers appeared, such as D. Hubley, who created the memorable film Dig a Hole, or E. Pintof, who preferred verbal humor over visual. Among the most prominent animators of the 1970s are R. Bakshi, author of Fritz the Cat (1972) and the legendary Lord of the Rings (1978).

Avant-garde animation is represented by such figures as R. Brier, S. Vanderbeck, F. Mouris.
English animators also stood at the origins of animation. In the same 1906, when Blackton released his famous film, W. Booth made the painting “The Artist’s Hand”, where the hand drew a figure that came to life before our eyes. Among the pioneers were D. Buxton and E. Dyer. In the 1960-1970s, the studio of D. Halas and D. Bachelor and the outstanding works of B. Godfrey and D. Williams set the tone for English animation.

Opening of the first studio of puppet films in Russia.
The premiere of Starevich’s animated film “The Beautiful Lucanida, or the War of the Hornets and Mustaches”, in which he used dissected insects as characters, achieving extraordinary plausibility of their movements. In the same year, the film “Revenge of the cinematographer” was released, in which “humanized” insects also act. Two years later, the premiere of his film Dragonfly and Ant took place in St. Petersburg. It is possible that Starevich was the first who combined graphic animation with life image in the film The Night Before Christmas (1913) with Ivan Mozzhukhin in the title role, and in 1914 he made a plot graphic cartoon Rooster and Pegasus, a humorous a scene depicting the struggle between two main competitors in the Russian cinematic market: Khanzhonkova (trademark Pegasus) and Pate (Gallic rooster). In 1919, Starevich emigrated to France and worked there on puppet animated films. From 1923 to 1950 he made over twenty such films. The most significant of them are “The Voice of the Nightingale” (“La voix du rossignol”, 1923) and “The Romance of the Fox” / “Reinecke the Fox” (“Roman du Renard”, 1930-1938) based on the medieval French epic of the 12th-13th centuries and the poetic tale of Goethe.

The pioneer of Russian animation is the artist and cameraman Vladislav Aleksandrovich Starevich, who in the 1910s at the film studio of A.A. Khanzhonkov developed a special artistic technique and technique) for staging and shooting three-dimensional puppet animation, which has survived in its main features to the present. He created the world’s first three-dimensional animated films in Russia. So, in 1912, V.A. Starevich released parody animated films “Beautiful Lucanida, or the war of stags with barbels” and another called “Insect Aviation Week”.
These films featured puppets of various insects specially designed by V.A. Starevich, which, on the basis of a soft wire structure, could move, change their shape, take various poses and perform various movements.
Starevich tried to find in the behavior of his characters such characteristics that would bring them closer to people. His puppets performed characteristic actions, during which they tried to show human feelings, conveying to the audience with their behavior and actions the idea, content and plot of the film.
In 1913, V.A. Starevich created an animated film: “Dragonfly and Ant”. This work, made according to the famous Krylov’s fable, was a huge success and brought him world fame. The film “Dragonfly and Ant” sold 140 copies, which was an incredible phenomenon for the cinematography of that time.
In addition to puppet animation, V.A. Starevich was the first Russian cinematographer to be engaged in hand-drawn animation. In 1913, he made an animated insert into the film “The Night Before Christmas” based on the novel by N.V. Gogol. This animation, made by the method of silhouette drawing, the author of this book managed to see in childhood. It showed how the Devil and Solokha fly out of the hut chimney on a broomstick, travel through the starry sky, steal the moon and return home.
American firms offered several times to Starevich to sell the secret of the design of his dolls and go to work for them, but he categorically rejected these proposals.

In the development of Russian animation art, V.A. Starevich played approximately the same, if not greater, role that the French artist Emile Cole played in his time in foreign animation. VA Starevich tried to work in the field of graphic animation.
However, the attempts of the first Russian animator, as well as the further work of Russian artists N. Baklin and A. Bushkin in the field of graphic animation, did not find appropriate support from the entrepreneurs in whose hands our pre-revolutionary cinematography was concentrated.
In the Soviet Union, the first cartoon appeared in 1924. This was followed by a series of films staged by such directors as A. I. Bushkin, I. P. Ivanov-Vano, and M. M. Tsekhanovsky.
In Czechoslovakia, after the Second World War, I. Trnka and K. Zeman were engaged in animation. The Poles J. Lenika and V. Borovchik, who work mainly in the West, create absurdist animation.

In Yugoslavia, the introduction of D. Vukotich, whose film “Surrogate” was the first of the foreign animations to receive an Oscar.
Among Japanese animators abroad, the most famous is Yoji Kuri, who works in the genre of black humor.
Chinese animation is led by the Wang brothers.