How are cartoons drawn today?

Studios use 3D Max, Maya, Softimage and Mudbox from Autodesk, Cinema 4D from Maxon, Z Brush from Pixologic, Modo from Luxology. Everyone whoworks in the industry, note the reduction in the cost of production many times over compared to the analog era. Previously, the creation of cartoons was the lot of the elite, but today any talent who has scraped together money for a computer and programs has the opportunity to speak in this form. Even the creator of The Adventures of Fritz the Cat, non-conformist Ralph Bakshi, whose whole life is connected with hand-drawn animation, states: “The computer is a great thing. This is the best thing that could happen to an animator! Forty years ago, if you didn’t have $15 million, you didn’t even have to try to make a feature film. Computers have changed everything and I can’t tell you how good that is.” According to the master, once the selection of paint alone took a lot of time, and today there are 16 million colors at the service of the draftsman, just lend a hand. On the other hand, given the general cost reduction of production, the money that a “feature film” requires can now be raised through crowdfunding, which opens up opportunities for creators with risky or too “non-commercial” ideas that any major studio would kick off. That is, such unusual people as Bakshi have the opportunity to “stay in business” precisely thanks to computers.

Since Disney enriched the multiprocess with the participation of screenwriters, sound in animation has become primary: video is attached to ready-made dialogues, and not vice versa. “At the initial stage, we draw a storyboard, which we edit to music and dialogue,” says Pixar co-creator Ed Catmull. We call it a story reel. The first versions are very crude, but they give an idea of ​​the difficulties and challenges to be solved. Then we make changes, and with each new version, the story gets better.” Specific recording methods may vary: some directors try to bring the entire cast to the studio so that the crowded dialogues sound as lively as possible, on other projects the actors work in pairs, locking themselves together in a soundproof booth with a microphone, but most often the actors come to the studio one by one and record their lines based on the commands given by the director. Adding any sounds in post-production, if it happens, is purely cosmetic in nature and, according to Disney experts, does not exceed 1% of the total work. 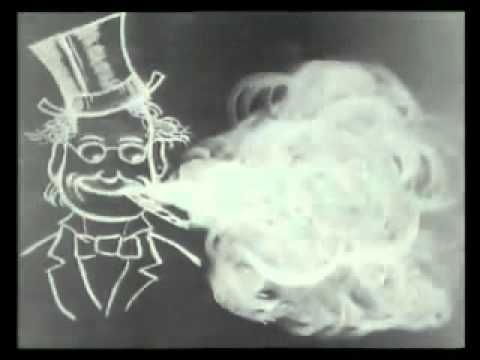 Large teams are difficult to manage.

“That’s why two-man collaboration is so important in leadership,” says Catmull, sharing insights into how a Pixar kitchen works. – Director and producer should become strong partners. They not only strive to make a great film, but also keep track of deadlines, budgets and people. Each person should be given the opportunity to contribute their own, even a small, idea or solution. If something goes wrong with the tape, a brainstorming group consisting of 8 Pixar directors is assembled at the table, they watch a half-finished film and express their thoughts – often these tips help to quickly fix the problem. An extremely democratic and creative atmosphere reigns in the studio itself: workplaces can be designed to your liking, free time can be spent in the cafeteria or yoga classes, and different departments can make corrections to each other’s work through the heads of managers who only find out about it at meetings, – it is even surprising how the Disney studio, which has always been famous for its tough management style, agreed with such an organization of work. Moreover, the head of Pixar, John Lasseter, is now allowed to make key decisions on new projects of the House of Mouse, so we will not be surprised if, over time, all Disney animation divisions begin to work this way. Anyone who wants to stay on top needs to be able to learn from best practices and trust the instincts of professionals.

Despite the obvious upheaval that happened in the industry, Disney, represented by Lasseter, still denies the death of hand-drawn animation (they say that the choice of style is always up to the directors, and they are temporarily carried away by new technologies). According to Lasseter, the old masters continue to advise young artists, and their knowledge and techniques are applied in experimental Disney shorts that mix 2D and 3D technologies together. At the same time, over the past 10 years, Disney has released only one “drawn” full-length cartoon – “The Princess and the Frog”, and it was already drawn without any celluloid, right on the computer, that is, only the visual style of the “flat” image remained from the “old school” , and the time-lapse technology that provided it before was sent to the museum. And it doesn’t look like the House of Mouse is going to repeat this experiment: animating characters on a computer is both easier and faster.

Other animators, too, can no longer do without digital technologies: whether they draw their flat characters directly on the monitor or use paper drawings that are then scanned, the assembly of the film somehow ends up on the computer. Enthusiasts devoted to the classics remain in different countries, like the author of the Belleville Trio, Sylvain Chomet, or the patriarch of Japanese hand-drawn ani.

Hayao Miyazaki’s mations – they use a computer to save time and resources, but stay true to the hand-drawn style and keep their characters flat by animating them frame by frame.

However, Miyazaki is far from young and recently announced his imminent retirement, and the Frenchman Chomet, despite the mountain of won festival prizes, dreams of moving into feature films: according to him, life is short, it is becoming more and more difficult to beat budgets, and hand-drawn pictures themselves take away too much time. The creator of The Hedgehog in the Fog, Yuri Norshtein, has been drawing The Overcoat based on Gogol for several decades, but it is not known whether he will ever finish it: absolutely brilliant, according to a few insiders, the picture cannot find a worthy patron who would finally allow the project to be completed to the finish.

Of course, television series remain: anime in Japan, The Simpsons in America, Oggy and the Cuckoos in France, but they are all drawn on a computer and live mainly due to the fan base accumulated over decades. The sword of Damocles of TV ratings hangs over all of them: there will be no ratings, there will be no new seasons. In the credits, you can increasingly see lists of Vietnamese or North Korean surnames: today, drawing each frame on your own is a long and financially unprofitable enterprise, because studio-producers draw only every fourth or fifth frame, and outsourcers from poor countries do the intermediate movements of characters for them on the cheap other hemisphere. There is no reason to assert that in 10 years drawn cartoons will remain competitive: young people, who are actively accustomed to 3D characters, which are so interesting to look at through 3D glasses, already today perceive flat animation only as one of the world’s techniques, curious, but no more. The outflow of people from the profession is already evident: the same Shomet complains that it is becoming more and more difficult to recruit a team for each new project: most of the specialists work for 3D, and hand-drawn animation requires much more skills than computer animation.