In this essay, we have tried to bring together information from various sources and arrange it more or less in chronological and geographical order. Of course this is a cursory overview of the technological evolution of animated cinema and a very brief history and geography of animation, many chapters are missing or still being written. But still, even from this essay it is clear that animation is not children’s crafts, but a completely independent art for all ages, a unique country of fantasy come to life …

Animation (animation) – derived from the Latin “anima” – the soul, therefore, animation means animation or revival. In our cinema, animation is often called animation (literally – “reproduction”). The art of animation, paradoxically, is older than cinema itself, which in many respects owes its birth to it.
Since ancient times, perhaps from the Chinese shadow theater to the magic lantern of the 17th century, attempts have been made to “revive” the image. 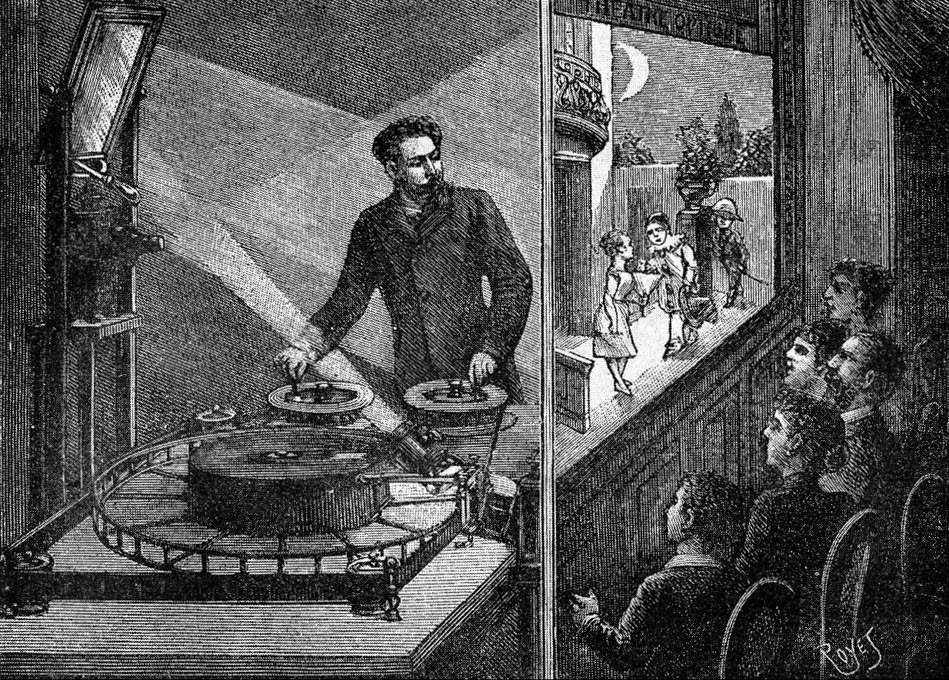 70s BC – The Roman poet and philosopher Lucretius, in his treatise On the Nature of Things, described a device for displaying moving pictures on a screen.
X-XI centuries – The first mention of the Chinese shadow theater – a type of spectacle, visually close to the future animated film.
15th century – There were books with drawings that reproduced the various phases of the movement of the human figure. Rolled up and then instantly unfolded, these books created the illusion of drawings coming to life.
In the Middle Ages, there were craftsmen who entertained the public with sessions of moving pictures using optical devices like filmoscopes, where transparent plates with drawings were inserted. Such devices were called a magic lantern or in Latin “laterna magica”.
In the middle of the 17th century (1646), the Jesuit monk Athanasius Kirscher gave the first description of the device of the “magic lantern” he had designed – a device that illuminated an image on transparent glass. Since the 17th century, traveling theaters throughout Europe have been performing such performances.

Since that time, projection technology has advanced rapidly and therefore it was not difficult to connect a stroboscope with a “magic” (projection) lamp.

In the 19th century it has been proven that the image remains on the retina for a fraction of a second after the eye has ceased to perceive the object itself. So the principle of animation was found about half a century before the invention of cinema by the Belgian physicist Joseph Plato, who in 1832 designed a special device – “phenakistiscope” (The name comes from the Greek word “phenax” – deceiver and the root “oscop” – to watch. Showing the series quickly changing still images, the phenakistiscope created for the viewer the illusion of a moving, changing image), which allows one to obtain the illusion of movement of the drawn figures in a simple rotational way.

Throughout the 19th century, there was an intensive search for the expression of the optical illusion of movement. Like mushrooms after rain, more and more sophisticated devices and toys appeared that were supposed to achieve this goal. Here are some of them that deserve attention. 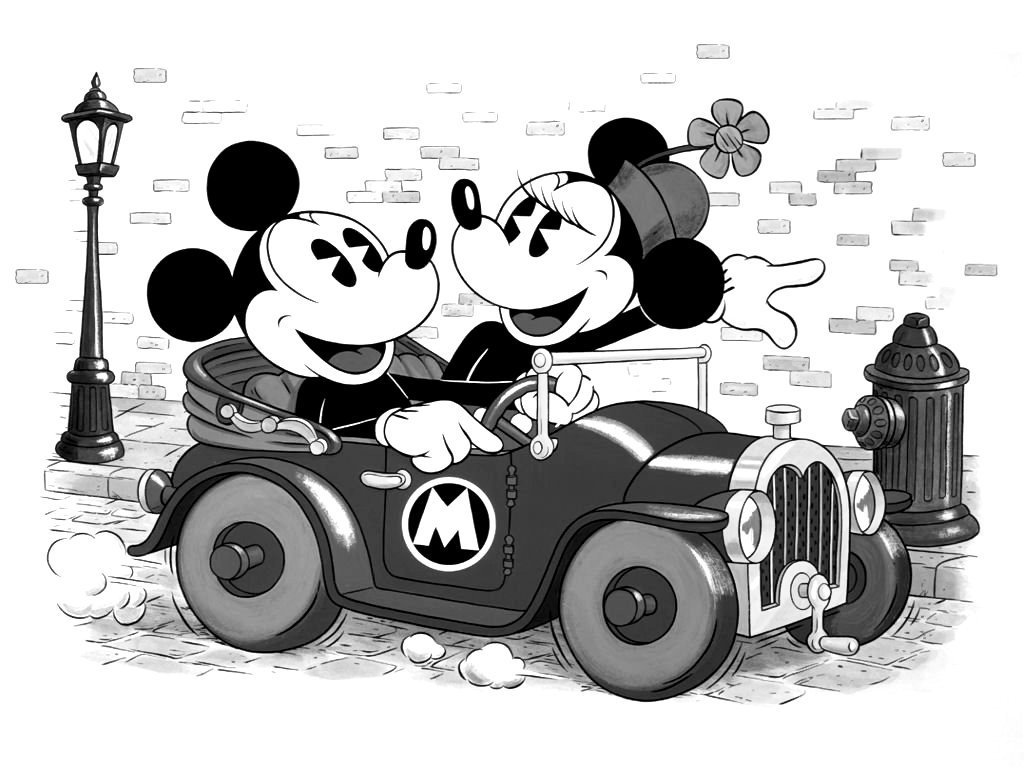 1831
The phenakistoscope (and later the fantoscope) of the Belgian physicist Josef Antoine Plateau (1801-1883) consisted of two disks rotating on the same axis. Through the holes in the first of them, the drawings on the second were viewed.

1832
The same principle was put by the Viennese professor Simon von Stampefer at the heart of the stroboscope. The effect of visible movement when changing still Images taken on the internal disk became known as the stroboscopic effect.

1834
The zootrope, in which drawings pasted on tape moved like a strobe, was designed by the Englishman William George Horner. However, in the original Horner’s apparatus was called “daedaleum” (in honor of Daedalus, who, according to legend, created moving pictures of people and animals), and only subsequent versions of this apparatus (in particular, the apparatus that was designed in 1860 by the Frenchman Desvigne, and a similar the apparatus of the American William E. Lincoln) assigned the name “zootrope” to all such devices.

1853
The Austrian Baron von Uchatius, having designed a stroboscope in which images were placed on a glass disc and illuminated by an oil lamp, projected them onto a screen for the first time.

1861
The cinematoscope of the American Colman Sellers represented a series of photographs glued onto the drum, replacing each other in front of the viewer’s eyes.

1877
A praxinoscope is a device for viewing drawings printed on a paper tape attached to a rotating drum. The image was reflected in the mirror. Two years later, the designer of this device, the Frenchman Emile Reynaud, improved it so that the image could be projected onto a screen.

1880
Eduard Muybridge’s zootrope flashed “photographs of animals in motion” on a screen.

1885
Mutoscope Herman Kastler – a device with a drum, which placed a thousand (or more) drawings. Spectators sat around the drum and looked at the drawings through special glasses.

Until the moment of the first public projection of films by the Lumiere brothers (1895), and even after that, a lot of such devices appeared. Among their designers were Reilander, Ugatius, Goodwin, Niepce, Daguerre, Scott Archer, Edison. Georges Méliès can definitely be attributed to the heralds of animation. He patented a number of cinematographic devices that made it possible to delay, slow down, speed up, superimpose images one on top of the other.
In the meantime – mainly in the American and French printed periodicals – the genres of satirical illustration and comics are rapidly developing. It is they who have become an inexhaustible source – both thematic and plastic – for animation. 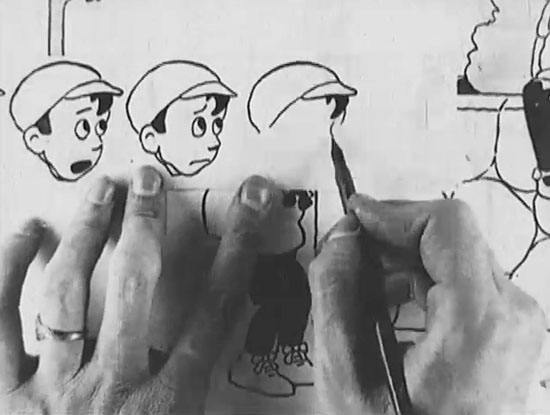 In 1834, the English mathematician William Horner improved this device, calling it the “zoetrope”. In the middle of the XIX century, this device called “strobe” was widely used as a technical toy. Essentially this was the birth of animation in its most primitive form.
In order to obtain the necessary movement in a stroboscope or on a movie screen, the artist has to produce (multiply) a large number of drawings that decompose this or that movement into its constituent elements. “Strobe” was called a cardboard drum mounted on an axle. On the inside of this drum, on a paper tape, there was a series of drawings (usually there were from eight to twelve) illustrating the successive phases of the movement of a person or animal performing a certain action, for example: an ostrich running, an elephant walking, a horse galloping, a child jumping with a rope, etc. .P. Each subsequent drawing was slightly different from the previous one in that it reproduced a new moment of movement; the last drawing of each cycle was, as it were, closing in relation to the first drawing. By inserting a paper tape with designs into a drum with narrow, oblong holes cut against each design, and rotating the drum around the axis, the viewer saw a rapid succession of patterns, which created a complete illusion of their movement.

In 1877, the Frenchman Emile Reynaud, having borrowed the rotating drum of Horner’s zootrope and improved the mirror system of Joseph Plato’s phenakistiscope, created a new, more advanced device, calling it Reynaud’s “praxinoscope”. In 1880, having connected his praxinocop with a projection lamp, he demonstrated his drawings on a screen with great success. But it was not yet the art of animation. And only when Emil Reynaud came up with the idea to replace the cyclic drawings in the drum tape, which reproduced the same movement, starting and closing it, with longer tapes, on which entertaining plots of small funny plays, buffoonery, and pantomime were played out in successive drawings, then he really created the art of animation, the art of “animated drawing”, giving it the form of a performance.
Some historians consider the birthday of animation August 30, 1877, the day when a similar apparatus was patented in Paris – Emile Reynaud’s praxinoscope.