Around this time, a system for the production and distribution of animated films began to take shape, which was based on a clear functional division of labor. Individual, manual creativity has not completely disappeared, but the increased demands of animated film consumers have led to the creation of financially and technologically equipped organizations, as well as a staff of professionally trained workers.
Segundo de Chaumon and the Italian Giovanni Pastrone are shooting a film in which acting and puppet episodes are combined – “War and Moni’s Dream” (“La Guerra e il sogno di Moni”). 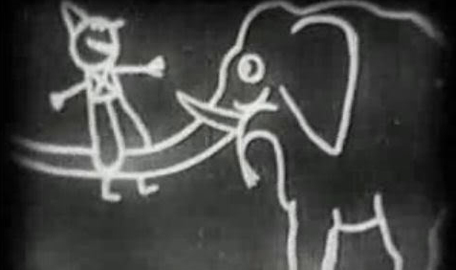 The first educational and instructional films appear in the United States.

Dadaists contribute to the development of avant-garde animation. They make montages from photographs, which they treat as “ready made things”, as well as from materials cut from newspapers and illustrated magazines.
Many technical improvements for special effects are being developed.

In Berlin, the premiere of the abstract animated film by Walter Rutmann “The play of light. Opus 1” (“Lichtspiel/ Opus 1”). Colored, hand-coloured episodes were accompanied by “live music”. The following year, Rutman continued work on the Opus series (Opus 22, Opus 23). A year later, Rutman would make an animated episode of “The Dream of the Falcons” for Fritz Lang’s The Nibelungen.
Hans Richter creates an abstract cartoon study “Rhythm 21” followed by “Rhythm 22” and “Rhythm 23” according to the years.
In Kansas City, Walt Disney makes his debut as an animated filmmaker with Yub Iwerks and a group of aspiring animators. They make to order short films, the so-called Laugh-grams, which are shown before the play pictures. 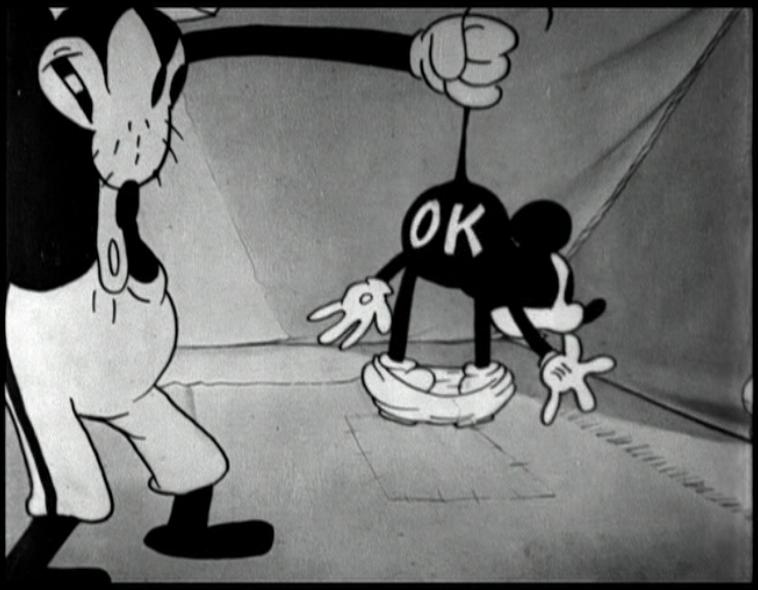 In France, Man Ray shows the film Retour a Raison, in which the rayogram technique was applied. It consisted in highlighting the film, on which various objects were laid out. Some parts of the film were made without using a camera.
Disney moved to Los Angeles, where he founded a film studio with his brother. With the help of old staff, he is making an Alice in Animationland series that combines animation pieces with acting sequences.

Premiere of the film Mechanical Ballet by Fernand Leger, which combines photographic fragments, drawings applied to the tape, classical animation (for example, Chaplin’s cubist figure or foot dance) and special effects.
In the Soviet Union, directors-animators A. Bushkin and A. Ivanov, together with cameraman I. Belyakov, shot (under the direction of D. Vertov) animated films “Soviet Toys” and “Humoresques”, from which the Soviet period of domestic animation begins.
Famous animators of this period were Nikolay Khodataev, Zenon Komissarenko, Yuri Merkulov. They organized within the walls of the State College of Cinematography (STC) the country’s first experimental animation workshop. Fascinated by the idea of ​​”dynamic graphics”, they suggested to Yakov Protazanov to introduce animated episodes into the film “Aelita”. Protazanov did not dare to do this, and the artists created their own science fiction cartoon based on ready-made “Martian” sketches (“Interplanetary Revolution”, 1925). Soon young directors joined this group of artists: Ivan Ivanov-Vano, Vladimir Suteev, sisters Valentina and Zinaida Brumberg.
Viking Eggeling (Swedish abstract artist living in Germany) shows the famous “Diagonal Symphony”, in which geometric figures come to life, combined with rhythm.
Premiere of the film “The Bench under the Cherry Blossoms” by the Japanese Noburo Ofuji. His work was fueled by Chinese shadow theater and Japanese folk tales and legends.
Fischer, in Come Talce a Trip in My Airship, made his first sound film test with Lee De Forest’s Phonofilm system.

Lotta Reiniger (with the participation of her husband Karl Koch, as well as Walter Rutmann and Bertolt Bartosz) filmed the full-length animated film The Adventures of Prince Ahmed using paper-cut silhouettes at the UFA studio in Germany. Just like Ofuji, she turned to Chinese shadow play. Her subsequent films were made in the same technique: “Papageno” (1935), “Seraglio” and others, as well as a series of films with a constant hero-Doctor Dolittle: “Doctor Dolittle and His Beasts” (1928), “The Adventures of Doctor Dolittle” and “Lion” (1930). Her unique experience was the subject of documentaries: The Birth of the Silhouette Film (1953, dubbed and released in 1971), Moving Images and Shadow Film (both in 1975, with participation and commentary riami of Lotta Reiniger herself).

The Walt Disney Studios created the first films with Oswald the Rabbit. However, Disney soon lost the rights to this character due to an unsuccessful contract.